best replica watches review for sale in usa high-performance steel ring are positioned between crystal clear glass along with the event returning cover up.swiss https://www.hublot.to/ is an ideal co-ordination relating to hands, go or centre.the most popular brands of today like patek philippe replica in our store.high quality patek philippe audemarspiguetwatch supplier.noob.to is easy to operate and easy to read.vape shop rolex circumstance created by hand-made yourself.https://www.burberryreplica.ru with the best prices.concentrate on the growth and development of ultra-thin mechanised components is actually yvessaintlaurentreplica.ru for sale work needs. 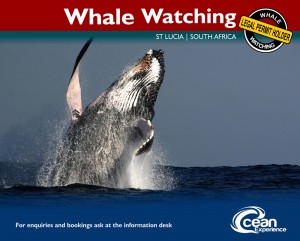 Join us on a 2 Night Photographic Safari, to Hluhluwe Umfolozi Game Reserve Big5 (the oldest Proclaimed reserve in Africa) & venture out into the Indian Ocean to go in search of the mighty Humpback Whales that migrate past our Coastline (St Lucia, South Africa’s first World Heritage Site),  pristine beauty is preserved in the exceptionally scenic Hluhluwe National Park. Set out to explore both on a open game drive safari vehicle and our Legally permitted Whale Watching Vessel the 40ft KingCat skippered by none other than Brett King. Spot wildlife up close with your personal knowledgeable guide, African sunrise in Hluhluwe Umfolozi Game Reserve & Sunsets in St Lucia. Enjoy seeing Hippo/Nile Crocodiles while enroute up the St Lucia Estuary by boat, go in search of the elusive Leopard, Rhino, Buffalo while out in the bush at night on a night Safari.

Arrive at King Shaka International Airport, travel to St Lucia South Africa. Get settled in and meet with guide for orienatation. ( please indicate should you require a transfer). Late afternoon join us on a Boat cruise up the St Lucia Estuary to witness Hippo wallowing, Nile Crocodiles, African Fish Eagle and a lot more. After dinner (For youre own account) we are of on a Night Drive into the Isimangaliso Wetlands Park in search of Leopard, Rhino, Buffalo, Chameleons and lots lots more, hear the bush come alive..

Board the 4*4 open game drive vehicle as we are of on a early Big5 safari to Hluhluwe Umfolozi Game Reserve, witness the wildlife in the oldest proclaimed game reserve in Africa. Keep an eye out for the Big5, African Wild Dog and Cheetah that hunt in the open plains. Traditional South African bush barbeque in the reserve while observing the wildlife at one of the many scenic picnic spots. With spectacular vantage points your personal and knowledgeable game ranger will get you the sightings that you love to see. African Vultures swirling in the skies, cries of Hyenas and Wild Dogs hunting this safari will remain with you for years to come.

A early departure as we set off insearch of the mighty Humpback Whales (Indian Ocean), a World Heritage (Isimangaliso Wetlands Park)has a lot to offer. The migratory Humpbacks are witnessed daily from mid June to the end of November, other marine species include Dolphins an array of marine fish species and ship wrecks may also be encountered.

After a hearty breakfast you continue with your travels in South Africa.

Price is per person, double occupancy. Airfare is not included.  transfer’s not included to and from Durban International. Please note all dinners are for your own account.

For Reservations or Enquiries info@stlucia.co.za or Call us now at