The iSimangaliso Wetland Park has won praise for fostering development while protecting the environment.

Described as a thriving World Heritage Site, the iSimangaliso Wetland Park is at the centre of South African conservation-led development.

Speaking on behalf of the Minister of Water and Environmental Affairs, Edna Molewa, at an event on Sunday to mark the 40th anniversary of the Unesco World Heritage Convention and International Earth Day, Mavuso Msimang, the chairman of the iSimangaliso board, said the park had proven that conservation and development were not mutually exclusive.

“Since its establishment in 2000, the iSimangaliso Wetland Park Authority has made significant progress in conserving iSimangaliso’s World Heritage values, contributing to economic empowerment and growing regional tourism,” Msimang said. 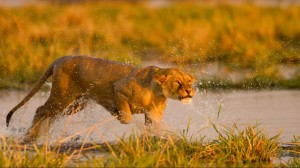 The park has managed to conserve its “exceptional biodiversity” while creating “responsible forms” of growth, job creation and alleviation of poverty, he said.

Heritage Tours & Safaris offers one the widest range of safari activities in the area from Whale Watching, Hippo & Crocodile boat cruises to Safaris day or Night contact us today for information at info@stlucia.co.za or call now +27 834572147

Posted in Day Safaris Excursions South Africa
Scroll To Top
Open chat
1
Powered by
Please do let us know if we can assist you.