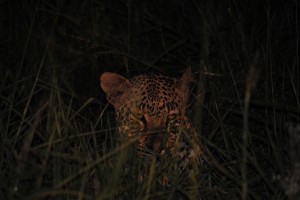 Easter Weekend in Zululand remains a must, St Lucia a World Heritage Site offers visitors an opportunity to witness an abundance of wildlife both in the bush and on the St Lucia Estuary. A small town with a mere 500 permanent residants give or take have to share space with both nocturnal animals as well as the daily Red Duiker, Impala and other animals that are witnessed during the day.

Numerous travellers have heard the old St Lucia tale drive around at night and you may just witness Hippo’s grazzing or a Leopard. A fairy tale or just a marketing tactic well No, this amazing little town has over many years become used to seeing Hippo’s grazing on their lawns or open parks that surround the town. Leopard too not every nite but they are their, while our Game Drive Vehicle was departing from St Lucia for a game drive safari in the Umfolozi Game Reserve a Leopard once again was witnessed by all the clients onboard the vehicle. An enormous Male has been witnessed on numerous occassions in the area close to the St Lucia Bridge.

Heritage Tours & Safaris offers Night Drive Safaris into the Western Shores of the Isimangaliso Wetlands Park, join us on a 2,5hr Safari to go insearch of the Ilusive Leopard and other Nocturnal Animal species found in the area.

for more information email us at info@stlucia.co.za

Zululand a place of wonder..