St Lucia Hluhluwe Safaris with Heritage Tours & Safaris, we offer the widest range of safari acitivities in the Zululand area. 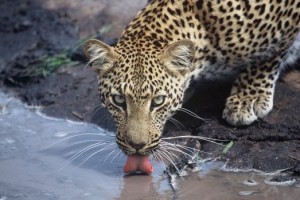 We offer daily departures to Hluhluwe Umfolozi Game Reserve, 3hr, half day and full day safaris to the oldest proclaimed reserve in Africa. This Big 5 game reserve remains one of the top reserves in Africa a 96000 hectare jewel. Daily departures departing from St Lucia early morning for those wanting to witness the Big 5. Hluhluwe boasts of the largest concentration of Rhino’s in Africa.

Other daily safari excursions include Night Drives in the area of St Lucia (iSimangaliso), day drives and Hippo & Croc boat Safaris on the St Lucia Estuary.

St Lucia a world heritage site since 1999 offers one wild life in abundance, from Hippo’s roaming the streets at night to the elusive Leopard stalking on the outskirts of town.

Night Drive Safaris are 2,5hrs long into the Western Shores of iSimangaliso Wetlands Park, the rangers take you on a exclusive safari as only 2 concessionaires are allowed into this reserve, Elephants, Giraffes, Buffalo’s and Leopards may be encountered amoungst other nocturnal animals.

St Lucia Boat Safaris offer you a chance to witness Hippo & Crocodiles up close on our Boat Safaris this 2 hour safari departs daily.

For more information on St Lucia Hluhluwe Safaris email us today for the latest news and specials at heritagetours@stlucia.co.za or call now +27 834572147

Posted in Day Safaris Excursions South Africa
Scroll To Top
Open chat
1
Powered by
Please do let us know if we can assist you.